There was a time when the lower reaches of the Snohomish River was the bustling hub of industry, commerce, transportation, and manufacturing in the Everett region.  Back 150 years ago there were few roads, and those that were around were fairly primitive.  The infrastructure of the day revolved mostly around maritime transportation. 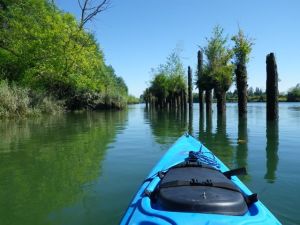 From my back porch I get to look down at this river everyday.  And, everyday I’m reminded that, even though we (humans) have done just about everything we possibly could to destroy the river, it is still a wild and wonderful place, filled with the best that nature has to offer.

We see eagles almost every day, all year long.  But for ospreys, a kayak trip down river to the mouth of Port Gardner Bay is the best viewing option.  In fact the Snohomish River delta is one of the most productive nesting areas for osprey in the northwest.  Come on along as I launch my sit-on-top kayak and head downstream a few miles to the bay.

Susan was kind enough to provide the drop off and pick up, and today she had some help from my two biggest dudes.  Cadence and Kingston showed up just as we were leaving and rode the couple of blocks down to the Rotary Park boat launch with us. 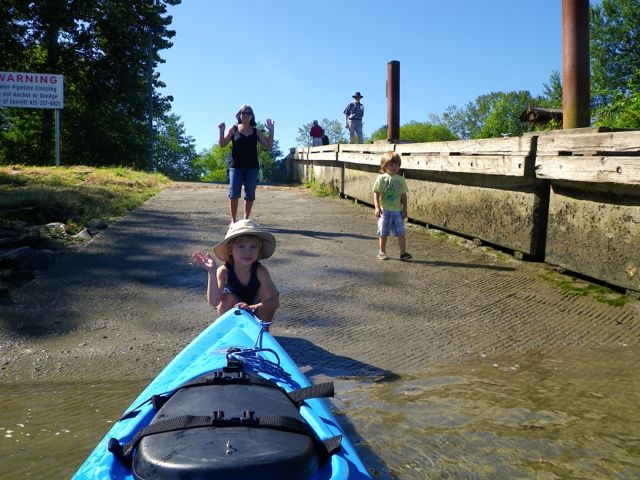 In case you can’t tell, K-Town was pretty upset about being left on shore.  (I’m already planning a “Dude” kayak day, don’t be sad).

I handed my Pentax Optio WP90 waterproof camera off to Cadence to take a couple of pictures.  He managed to capture this image and didn’t even drop the camera in the water.

Right away I felt the current taking me downstream.  Low tide was set for 1257 so that left me a little over two hours to meander down the river before I’d have to worry about the incoming tide.  As usual, the wind was a steady 10-15 knots from the northwest.  The breeze would not be a factor until I made it down to the 529 bridge.  At that point I would be paddling right into the teeth of the wind…

These old piling are what is left of the old wharf.  There was a creosote plant and a brick factory, as well as a saw mill here for years.  Today it is the home of belted kingfishers.

Sun in the water

I could see fish swimming in the sun lit water.

Under the Hwy 2 bridge

A little further downstream the river takes on a more industrial feel.

Steel ships tower over my kayak 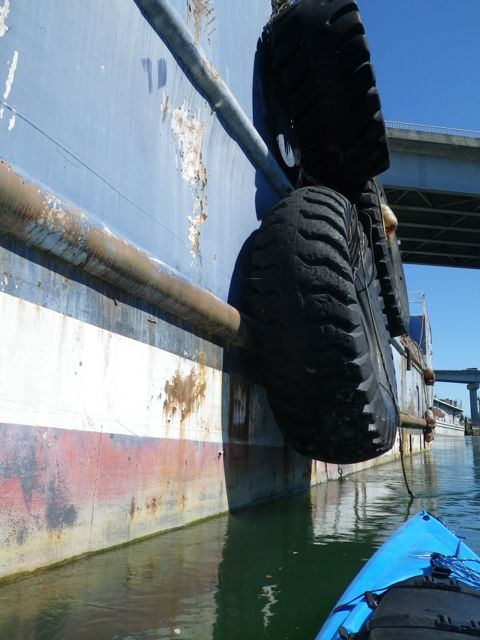 Some of these ship were here for repairs, but many of them are being scrapped… or just abandoned. 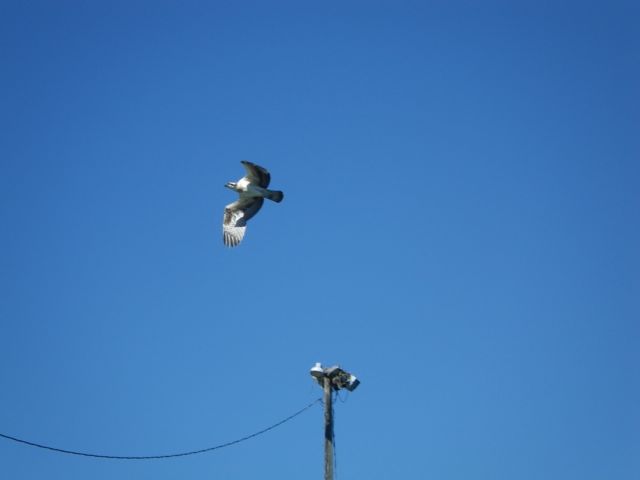 A little farther down river and osprey nests start appearing on every suitable pole. 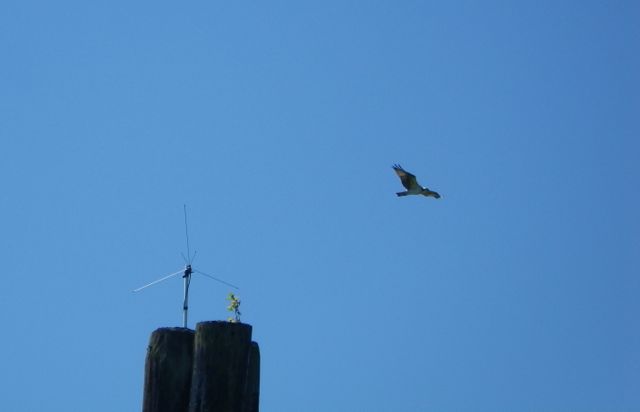 Harbor seals are also a frequent sight in the river delta.

Even in the midst of the noise and congestion of the log rafts, marinas, cement plants, and train crossings, the ospreys return to the same nest sites every year. 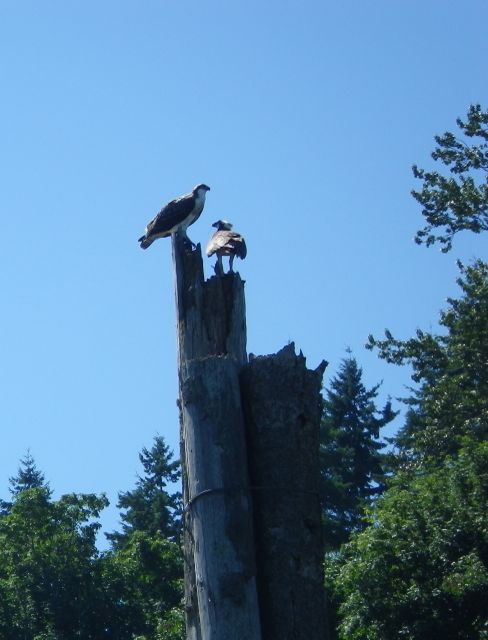 That’s the female with the little buff colored breast patch.  It looks like a necklace through your binoculars.  Note the female is bigger than the male… Typical of most birds of prey.

The Everett Herald reported this week that thousands of Caspian terns were nesting on the roof of an old warehouse on the waterfront.  I had several hundred of them over my head as I made my way down to the 10th Street docks.

This osprey didn’t just get back from a shopping spree at Radio Shack.  The nest has a pole camera and solar panels so wildlife biologists can study the progress of the chicks.

Last, but not least, there was a stack of harbor seals hauled out just a few feet from where I pulled my kayak out of the bay and called home for an extract.  Even these seals that had been hunted by men in kayaks for about six thousand years have found a little slice of refuge in this still wild river.  Kat

2 Responses to Still A “Wild” River